OneWeb to launch satellites from India in new deal 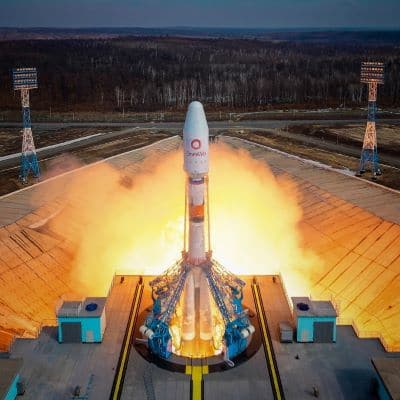 Since its rescue from bankruptcy back in 2020, the UK’s OneWeb has gone from strength to strength, attracting over $2.7 billion in investment for its planned LEO satellite constellation.
Following steady launches over the past two years, OneWeb’s constellation currently stands at 428 satellites, with the company able to provide commercial services above the 50th Parallel North (essentially covering Northern Europe and Canada)…

Since its rescue from bankruptcy back in 2020, the UK’s OneWeb has gone from strength to strength, attracting over $2.7 billion in investment for its planned LEO satellite constellation.

Following steady launches over the past two years, OneWeb’s constellation currently stands at 428 satellites, with the company able to provide commercial services above the 50th Parallel North (essentially covering Northern Europe and Canada).

Ultimately, the current deployment is only around two-thirds of the 648 satellites that are planned in order for the constellation to provide global coverage. As such, additional satellite launches were set to take place in March, launching from the Baikonur Cosmodrome in Kazakhstan, operated by Russian space agency Roscomos.

However, the invasion or Ukraine by Russia quickly complicated matters, with Roscomos refusing to help launch the OneWeb satellites using their Soyuz spacecraft unless numerous conditions were met, including that the satellites would not be used by UK intelligence agencies. When OneWeb refused to comply, the March launches were cancelled, leaving the satellite operator at a loss for how to continue deploying its constellation.

Help came in the form of an unlikely ally. Elon Musk’s Space X, currently in the process of deploying its own LEO constellation, Starlink, offered to help launch OneWeb satellites.

“We thank SpaceX for their support, which reflects our shared vision for the boundless potential of space. With these launch plans in place, we’re on track to finish building out our full fleet of satellites and deliver robust, fast, secure connectivity around the globe,” said OneWeb CEO Neil Masterson at the time.

Now, it seems that OneWeb will have even more launch options available to them, signing a deal with New Space India Limited, the commercial arm of the Indian Space Research Organisation, to launch satellites from the latter’s Satish Dhawan Space Centre in Sriharikota, India.

“This is yet another historic day for collaboration in space, thanks to the shared ambition and vision of New Space India and OneWeb. This most recent agreement on launch plans adds considerable momentum to the development of OneWeb’s network, as we work together across the space industry toward our common goal of connecting communities globally, » said Sunil Bharti Mittal, OneWeb’s Executive Chairman.

The first launch from this site will reportedly take place later in the year.

Notably, this new deal with India does not invalidate its agreement with SpaceX.

« This launch contract follows a separate agreement between OneWeb and SpaceX to enable the company to resume satellite launches, announced in March 2022, » said OneWeb in a statement.

OneWeb says that it will have its entire planned constellation in orbit by the end of the year.