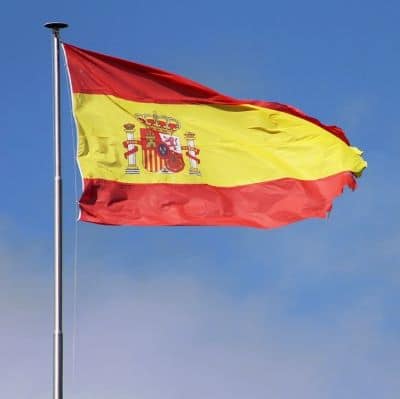 Back in March, Orange Spain and MásMóvil announced their intention to merge, forming a 50:50 joint venture with an enterprise value of roughly €20 billion.
The deal would create a converged operator with around 7.1 million fixed line customers and 20.2 mobile customers, as well as 1.5 million TV customers.
Orange’s tower company, TOTEM, would notably be excluded from the merger…

Back in March, Orange Spain and MásMóvil announced their intention to merge, forming a 50:50 joint venture with an enterprise value of roughly €20 billion.

The deal would create a converged operator with around 7.1 million fixed line customers and 20.2 mobile customers, as well as 1.5 million TV customers.

Orange’s tower company, TOTEM, would notably be excluded from the merger, as would Orange Bank and MásMóvil’s Portuguese operations.

Nonetheless, this would represent an enormous dynamic shift for the Spanish telecoms market, consolidating a telecoms market that has long been considered one of the most competitive in Europe and creating a new market leader. As such, any deal is expected to face significant regulatory scrutiny, but before this can even be considered a formal agreement needs to be made – a process that is proving slower than first anticipated, largely due to delays in achieving the required financing.

Last month, following the requisite due diligence, the two operators announced that they were seeking a €6.5 billion loan to help facilitate the merger. However, with the global economy currently experiencing surging inflation and widespread geopolitical uncertainty, banks are being cagier than ever when it comes to investments in 2022.

According to sources, French banking group BNP Paribas has been leading the financial operation to get the loan from around a dozen total banks, including Societe Generale, Crédit Agricole, JP Morgan, Goldman Sachs, Santander, BBVA, and La Caixa.

Now, reports from El Economista suggest that the financing deals are expected to be finalised later this week, with anonymous sources telling the newspaper that “if everything goes as expected, the agreement [with up to a dozen banks] could be done next week”.

If such financing does materialise, then the merger proposal will likely proceed directly to the European Competition Commission for approval, likely bypassing Spain’s National Commission for Markets and Competition due to its sheer scale.

Whether or not it will receive the green light without incident is unclear, with analysts previously suggesting that a tie-up between Vodafone and MásMóvil would be more likely to succeed, potentially requiring less significant concessions to retain a high level of market competition.

However, European regulators have been somewhat mellowing in recent years and, given the highly crowded nature of the Spanish market, it is highly unlikely that they will block the deal outright or apply severe restrictions.

In fact, even Vodafone Spain, which will be left in third place if the market goes head, has been positive about the deal, suggesting that the market has long been ripe for consolidation and that the merger will open up the market to additional investment.

Want to keep up to date with the latest developments in the world of telecoms? Subscribe to receive Total Telecom’s daily newsletter hereAlso in the news: