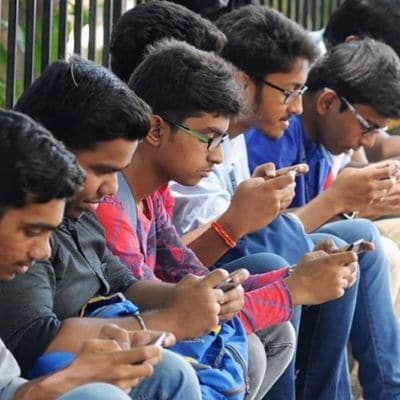 India has concluded its long-delayed 5G auction, raising almost $19 million in what proved to be a much more competitive process than anticipated.
The seminal 5G auction made spectrum in a huge array of spectrum bands – 600MHz, 700MHz, 800MHz, 900MHz, 1.8GHz, 2.1GHz, 2.3GHz, 3.3GHz, and 26GHz – available to the operators for the first time.
The Indian operators have been trialling the new technology for the past year, with Reliance Jio, Bharti Airtel, and Vodafone Idea (Vi) all suggesting they would look to launch 5G services in 2022 as soon as the auction has concluded.
For a long time, however, the extent to which the Indian operators would want to compete in the 5G auction was unclear…

India has concluded its long-delayed 5G auction, raising almost $19 million in what proved to be a much more competitive process than anticipated.

The Indian operators have been trialling the new technology for the past year, with Reliance Jio, Bharti Airtel, and Vodafone Idea (Vi) all suggesting they would look to launch 5G services in 2022 as soon as the auction has concluded.

For a long time, however, the extent to which the Indian operators would want to compete in the 5G auction was unclear, with the telcos complaining that the spectrum’s reserve prices were too high. At time, Airtel had even threatened not to bid for spectrum at all if the price was not lowered.

Ultimately, however, the government agreed to reduce prices by only a small margin, but instead introduced various measures to make the operators participation more viable. This included giving the operators the option to pay for the spectrum in annual instalments, surrender the spectrum back to the government after 10 years, and also completely removed spectrum usage charges.

As a result, this week the Indian operators have bid for spectrum with relative intensity, purchasing 71% of the spectrum available.

Airtel was the second largest winner, spending $5.45 billion, focussing largely on the 3.3GHz and 26GHz bands. The company also bought spectrum in the 900MHz, 1.8GHz, and 2.1GHz bands and notably ignored the 700MHz band, which it still deemed to be too expensive.

« We have successfully acquired mid-band 5G spectrum (3.3GHz band) in our 17 priority circles and mmWave 5G spectrum (26GHz band) in 16 circles, which will enable us to offer a superior 5G experience to our customers as well as strengthen our enterprise offerings and provide new opportunities for business growth in the emerging 5G era, » explained the company in a statement.

The final bidder in the auction was wireless newcomer Adani Group, backed by billionaire Gautam Adani.

Indian operators had initially complained to the regulator when it was announced that the spectrum auction would be opened to enterprise players, arguing that this could cost them valuable revenue and thereby impact their ability to roll out 5G efficiently to Indian consumers. They also worried that this would allow major corporations, like Adani Group, to strongarm their way into the consumer mobile market, giving them greater leverage to acquire or merge with mobile players.

However, it seems that their fears were largely unfounded. Adani Group proved the only non-operator to sign up to participate in the auction and has walked away with a meagre 400MHz of spectrum, spending just $26.84 million – surely too small a quantity to represent a threat to the existing mobile ecosystem.

Adani Groups says the spectrum will be used to offer private network services to enterprise customers.

The conclusion of the auction marks a major step for the Indian telecoms industry, one that the government hopes will become the backbone of its booming digital economy.

It is worth noting, however, that there is one more player that could yet play a supporting role in India’s growing mobile market: Bharat Sanchar Nigam Limited (BSNL).

The government is currently attempting to reinvigorate state-run fixed line operator BSNL, recently announcing a $20.5 billion relief package for the company and giving it the green light to merge with Bharat Broadband Network Limited, the company deploying and operating BharatNet.

Despite struggling to compete against Jio and Airtel in the fixed line market, BSNL has long had ambitions of becoming a major wireless player. So far, however, it only has a nationwide 3G network and a very limited 4G deployment, recording around 110 million subscribers in September 2021. The company’s long-awaited nationwide 4G launch could finally take place later this year – indeed, the government granted BSNL additional 4G spectrum as part of its relief package – but this would likely be after its mobile rivals had already begun to launch 5G.

BSNL has been conducting its own 5G trials over the last year, but did not bid for any 5G spectrum at this week’s auction, meaning their potential 5G future is mired in uncertainty.