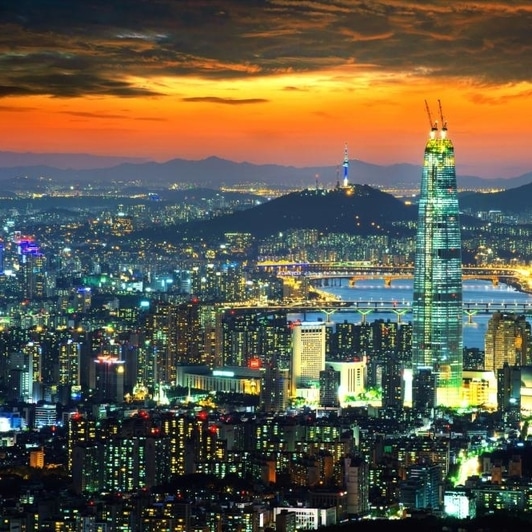 Earlier this year, the South Korean government launched its government’s K-UAM Grand Challenge programme, seeking to identify the country’s first operator of urban air mobility (UAM) services.
Launched by the Ministry of Transport, the project seeks to bring together various industry players, including aircraft developers, airspace designers, and air traffic management operators, to help develop the UAM ecosystem and commercialise UAM in central Korean cities by 2025.
Since the programmes launch in February, companies have been invited to submit applications to participate, with selected parties then set to demonstrate their UAM capabilities for the government and potentially be selected as the country&’…

Launched by the Ministry of Transport, the project seeks to bring together various industry players, including aircraft developers, airspace designers, and air traffic management operators, to help develop the UAM ecosystem and commercialise UAM in central Korean cities by 2025.

Since the programmes launch in February, companies have been invited to submit applications to participate, with selected parties then set to demonstrate their UAM capabilities for the government and potentially be selected as the country’s first UAM operator.

The end of May marks the deadline for submissions and today The Korea Herald has reported that South Korea’s largest telco, SK Telecom (SKT), is at the helm of a major bid to take part in the Challenge.

According to the report, SKT will lead a consortium including Hanwha Systems, Korea Airports Corp., and the Korea Transport Institute, leveraging its 5G and 4G networks to establish the vital real-time communications needed for UAM vehicles to operate succesfully.

The government has also received additional proposals from car-maker Hyundai, Korean IT firm Kakao Group, and conglomerate Lotte Group, each of which is backed by their own expansive consortium of diverse partners.

Evaluation and due diligence of the various proposals will now take place until mid-October, with the participants officially selected in November this year. Developmental testing, including demonstration flights, are scheduled to take place until up to March 2024 at the latest, after which a winner will be selected.

The Challenge’s schedule remains very flexible due to a variety of factors, “including changes in government policy, the status of infrastructure construction, domestic and international conditions, and natural disasters”, according to the K-UAM Grand Challenge Website.

The winner of the Challenge will work with the South Korean government over the next few years on further demonstrations and validation tests, before being allowed to operate their own service in urban areas in 2024, with commercialisation planned for 2025.

According to the Ministry of Transport, initial services being prioritised will include airborne medical services, such as flying ambulances, and cargo delivery to underserved communities. Less critical applications, such as tourist trips and even UAM theme parks, are also being considered in the longer term.

As you might imagine, this is a huge economic opportunity for the winning bidder, with financial firm Morgan Stanley predicting the burgeoning UAM sector will be worth up to $1.5 trillion by 2040.

The timeline, with its 2025 commercialisation date, however, seems somewhat optimistic. Even with early commercialised services only allowing the eVTOL flights through pre-designated, fixed corridors, there is still an enormous amount of complex regulations and infrastructure that must be legislated and deployed to make this project viable in a real-world setting.

Many of the challenges of standardisation and regulation mirror those facing the drone industry, another rapidly growing sector in which the telecoms operators and their connectivity have a key role to play. In the UK, for example, Vodafone has been particularly active in supporting drone projects supported by its mobile connectivity, including delivering NHS supplies to remote locations during the pandemic.

Earlier this year, a consortium announced its plans for Project Skyway, the world’s largest drone corridor in the UK, spanning 165 miles. Dubbed by consortium leader, Altitude Angel, as the most ambitious transport project proposed since the advent of the railway network, the project is far greater in scale than Project XCelerate, the UK’s first and only commercial drone corridor so far, which is largely being used for drone trials.

A timeline for Project Skyway has yet to be announced, with the regulatory infrastructure surrounding such a large project requiring considerable investigation by the government and other stakeholders.

Nontheless, from drones to UAM, facilitating airborne connectivity is clearly an enormous opportunity for telcos and it should come as no surprise that SKT, one of the most innovative operators in one of the most advanced markets in the world, should be staking a claim to a key role in the sectors’ development.