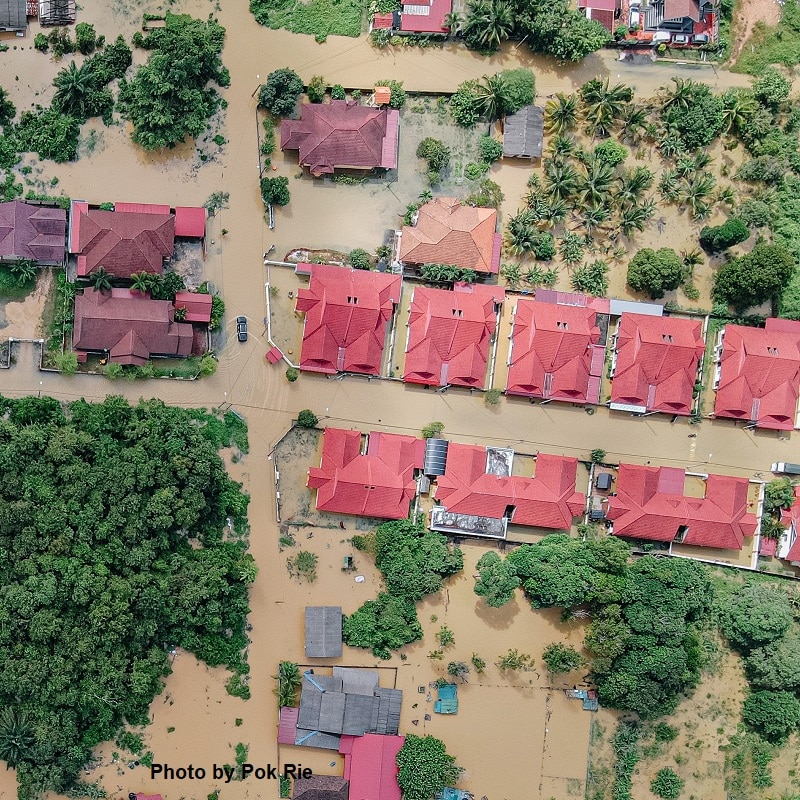 The National Digital Twin programme, part of Centre for Digital Built Britain, wanted to create an interactive demonstrator tool to help show how connected digital twins can make telecoms, water and energy infrastructure more resilient to flooding due to climate change. Part of the National Digital Twin’s (NDTp) Climate Resilience Demonstrator (CReDo) project, the demonstrator was needed as a key communication tool to help show that more resilience is needed within existing utility systems and that collaboration and data sharing is the key to success. Aimed at non-technical and diverse audiences, including the public, industry and government…

Part of the National Digital Twin’s (NDTp) Climate Resilience Demonstrator (CReDo) project, the demonstrator was needed as a key communication tool to help show that more resilience is needed within existing utility systems and that collaboration and data sharing is the key to success.

Aimed at non-technical and diverse audiences, including the public, industry and government, the demonstrator was designed for launch at COP26 in November 2021 and could not contain real data or refer to real world locations for security/confidentiality reasons. It needed to include energy, water and telecoms networks and focus on showing the impact of extreme weather, such as flooding.

“Collaboration through connected digital twins is key to tackling climate change but digital twins are complex to explain, particularly to non-technical audiences. We needed something visual to show during the early stages what CReDo is all about and what we are trying to achieve,” said Sarah Hayes, head of NDTp’s CReDo project. “When you’re bringing together multiple teams with different skill sets, it can be challenging to communicate effectively. The objective was to not only help connect and engage with external stakeholders but also internal teams, to help crystallise the vision and concept of what we are producing.”

The NDTp selected Esri UK to develop an interactive demonstrator tool, following an industry-wide tender, deciding that its capabilities in digital twins, visualisations and infrastructure were the best fit. “Creating a complex, fictitious city from scratch had never been done before, as far as we knew but we could see Esri UK had a wealth of experience in this area and were confident it could deliver in time for COP26,” commented Hayes.

By using location as a foundation for linking disparate digital twins, Esri UK developed the tool using its GIS software. Featuring a fictional city called Sunford City that experiences a series of severe storms and floods, the tool was designed to allow users to test different scenarios and make decisions to better protect Sunford, clearly showing the benefits of using connected instead of isolated digital twins.

Flooding models were used to simulate how a flood would impact on Sunford City in various scenarios. Creating fabricated asset data was essential and a major part of the project’s challenge. Any interactive map couldn’t show where real assets were due to obvious sensitivities around future flooding scenarios. “What Esri UK created in eight weeks was incredibly impressive, particularly as it was developed from scratch, but our collaborative and iterative approach gave us what we were looking for,” continued Hayes.

A short feature film was also created to help show the importance of projects like CReDo to adaptation and resilience, called Tomorrow Today, directed by BAFTA winning director Colin O’Toole. Telling the story of Arthur and his grandson Jack facing the unprecedented Storm Ruby, the film shows its potential to knock out multiple utility services and threaten lives.

Launched at the United Nations Climate Conference, COP26 in Glasgow in November 2021, the demonstrator tool has been used extensively by multiple partners and has played an invaluable communication role since, as Hayes explained: “The interactive map and images have been critical in helping explain what we are trying to do and together with the short film, helped gain support for the continuation of the CReDo project with government stakeholders and industry.”

“Images taken from the demonstrator have been essential to show what kind of interventions a digital twin might consider in the future and how you would assess the impact of the interventions. The images help make the point about resilience from a system point of view, rather than a sector point of view. We needed pictures like this to get the point across quickly and easily.”

Telling the CReDo story externally has been made easier using the tool, engaging with both the information management and utility communities. Used during the discovery phase of CReDo, the tool also helped keep the multi-disciplinary team united and focused on the purpose of the project. The second phase of CReDo is now continuing under Connected Places Catapult (CPC), moving from the National Digital Twin programme at CDBB.

“Talking about something complex like a digital twin, you need a visualisation to explain the concept. The Sunford City application helped demonstrate how connecting datasets and digital twins across organisations and sectors is vital to securing future infrastructure resilience,” concluded Hayes.

The interactive demonstrator tool can be tried here. You can meet ESRI at Connected Britain this September – book your tickets at www.totaltele.com/connectedbritain