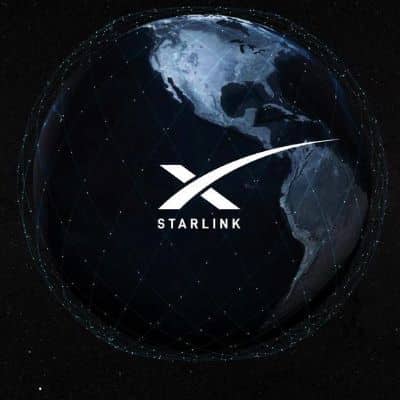 At the end of 2020, the Federal Communications Commission (FCC) concluded the first phase of the Rural Digital Opportunity Fund (RDOF) broadband subsidy auction, allocating $9.2 billion to wide range of connectivity providers seeking to deploy high-speed internet infrastructure throughout rural America.
The RDOF had received huge interest from across the US telecoms industry, drawing bids from over 300 operators of various shapes and sizes.
Among the largest winners were tower operator LTD Broadband ($1.3 billion)…

The RDOF had received huge interest from across the US telecoms industry, drawing bids from over 300 operators of various shapes and sizes.

Since then, however, the FCC has been slow to authorise the funds to the various winners, with the Commission carefully considering whether the bidders can live up to their obligations. So far, the fund has provided over $5 billion for new deployments in 47 states, reportedly bringing broadband infrastructure to over 2.8 million locations, while leaving the remaining $4 billion in limbo.

Now, the FCC has announced that it has denied authorisation for the Starlink bid, saying that they questioned if the technology in its current form could deliver the speeds promised.

The regulator noted that recent reports from Ookla showed a decline in the speeds Starlink was able to provide in 2022, suggesting they could not provide the 100/20 Mbps service they had promised to deliver to around 643,000 locations in 35 states.

The FCC also noted that Starlink customers would be required to purchase a $600 terminal to receive services, a sizable investment that could limit uptake given the global economic crisis.

“Starlink’s technology has real promise. But the question before us was whether to publicly subsidize its still developing technology for consumer broadband,” explained FCC Chairwoman Jessica Rosenworcel.

In the same announcement, the FCC similarly ruled out the $1.3 billion in subsidies won by LTD Broadband, the largest winner at the RDOF auction.

The FCC said that it judged the tower operator could not successfully deliver on its pledge to provide gigabit broadband infrastructure to 528,000 locations in 15 states.

“We must put scarce universal service dollars to their best possible use as we move into a digital future that demands ever more powerful and faster networks,” said Rosenworcel. “We cannot afford to subsidize ventures that are not delivering the promised speeds or are not likely to meet program requirements.”

The FCC had last year ruled that LTD had failed to demonstrate its status as an eligible telecommunications carrier in the states of California, Kansas, and Oklahoma, forcing the operator to default on the portion of the subsidy package relating to those states.

In its ruling this week, the FCC said that both Starlink and LTD had provided inadequate proof that they could comply with requirements.

« I don’t believe the FCC fully appreciated the benefits LTD Broadband would bring to hundreds of thousands of rural Americans. We are continuing to review the letter and are evaluating our next steps, » LTD CEO Corey Hauer told Reuters.

The FCC says that the funds that would have been allocated to Starlink and LTD will be retained by the Universal Service Fund, potentially being reallocated for other federal projects in future.

In related news – and in stark contrast to the roadblocks being encountered for rural broadband subsidies – subsidies for the US semiconductor industry are set to be forging ahead, with the government yesterday signing the $52 billion CHIPS Act into law. The Act seeks to help develop the US’s domestic semiconductor manufacturing capability, thereby reducing the country’s technological reliance on China and Taiwan.