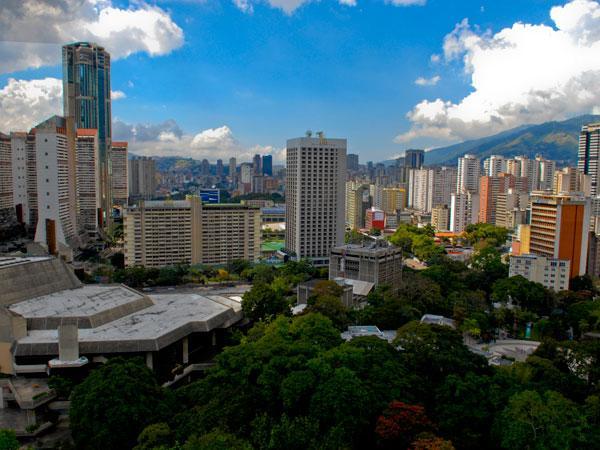 Venezuela’s telecoms sector has not been flush with positive developments of late – the country’s economy has been in a downward spiral for well over five years now, and this has caused a staggering decline in a sector that had seen average to strong growth up until around 2015.

As observed by BuddeComm analyst Henry Lancaster, Venezuela’s fixed-line teledensity was relatively high for the region up until this point, but has fallen dramatically to a low of around 17.3% in 2021. The country’s broader economic woes have left millions unable to afford even basics such as food, water and gasoline. In this context, even communications become a luxury, leading many customers to cancel fixed line and mobile services. Lancaster notes that mobile subscriptions fell by an estimated 2.4% year-on-year in 2020, and growth is not expected to return until 2023.

As reported by CFR.org, Venezuela’s economic woes have been ongoing since around 2014. At that time, a barrel of oil was priced at around US$100 – but by early 2016, this had dropped to US$30. Oil sales account for 99% of Venezuela’s export earnings and approximately a quarter of the country’s gross domestic product, but investment in oil production has been flagging for years – and the pandemic saw output sink to its lowest level since 1945. Although it has recovered slightly since, predictions vary on whether Venezuela’s economy will continue its downward trajectory in 2022.

Obtaining accurate information about Venezuela’s telecoms sector over the past two years has been extremely challenging, as noted by Omdia’s Sonia Agnese. The Latin America-focused analyst told us: “it is difficult even to understand…the real status of the market, since the regulator Conatel has not published telecommunication statistics since 2020.” However, many of the factors that are hindering the sector’s development have been present since long before the pandemic.

The most obvious of these is the price cap on operator services, which have impacted operator revenue – and therefore investment. In an interview with BNAmericas earlier this year, Pedro Marín, president of local operators association Casetel, said that tariffs were 25 to 30 times lower than in other markets in the region – and had been for several years. While some increases have been authorised, he said that these were not enough to operators to even cover costs, let alone plan for further investment.

Marin noted that Venezuela’s government – headed by President Nicolas Maduro – has relaxed price caps in the broadband sector and there are hopes that the mobile sector could be next. He claimed that change was afoot, with signs that the government was abandoning political dogma in favour of pragmatism as it realised the need for growth. However, Marin cautioned that demand for internet still vastly outstrips supply; while Conatel has not released official statistics for two years, unofficial figures indicate that over 40% of Venezuelans have no internet access.

Lancaster’s analysis loosely corroborates this; he notes that state incumbent DSL provider CANTV has very low revenue and virtually no competition, giving it very little incentive to invest. Meanwhile, private companies have nowhere near the funds required to boost their internet coverage. Infrastructure issues are a major factor here; Lancaster describes the Venezuela’s fixed networks as being in a “decrepit” state, with international sanctions making it difficult for providers to import any new equipment from foreign vendors. Indeed, Marin stated that there had been no significant investment in 11-15 years.

The mood of desperation in Venezuela is such that despite the decrepitude of its fixed infrastructure, theft of equipment is so widespread that it is often economically unviable for companies to address the issue. Operators largely do not have the funds to replace stolen batteries and cables, so affected sites are typically left out of commission, no longer able to service their coverage area. This impacts revenue from the sector and makes it virtually impossible for operators to form investment strategies to improve their networks.

Such strategies will be contingent on stability, and it is evident that Venezuela is still a long way from this, says Agnese. “Investing in fixed and wireless networks involves large sunk costs and long payback periods; therefore, prospective investors seek certainty and clarity over the legal and regulatory landscape…The Venezuela political and economic situation is still very delicate, and it would take a long time to have the market conditions required for private investment to return to the country. Venezuela is in the 188th position in the World Bank’s ‘Doing Business Ranking’ out of 190, which shows the magnitude of changes required to attract international investments again.”

If there is a glimmer of hope, it is from a highly improbable source – Russia’s invasion of Ukraine, which has seen Europe scramble to find alternative sources of crude oil as it seeks to reduce its dependence on Russian imports. While the US imposed oil sanctions on Venezuela in 2019, news agency Reuters reported in May 2022 that the US State Department had authorised Italy’s Eni and Spain’s Repsol to resume imports from Venezuela, in a move that will help the Latin American country take steps towards relieving its vast debt burden.

However, there is a long way to go to rectify the damage – and the country’s economy will need to stabilise before further investment can take place. Agnese concludes: “It is true that Venezuela has been showing more positive economic signs in the last months, mainly due to the Russia-Ukraine conflict that indirectly impacted positively in Venezuela’s economy… [However] these recent changes are not enough to plan a telecommunication investment.”